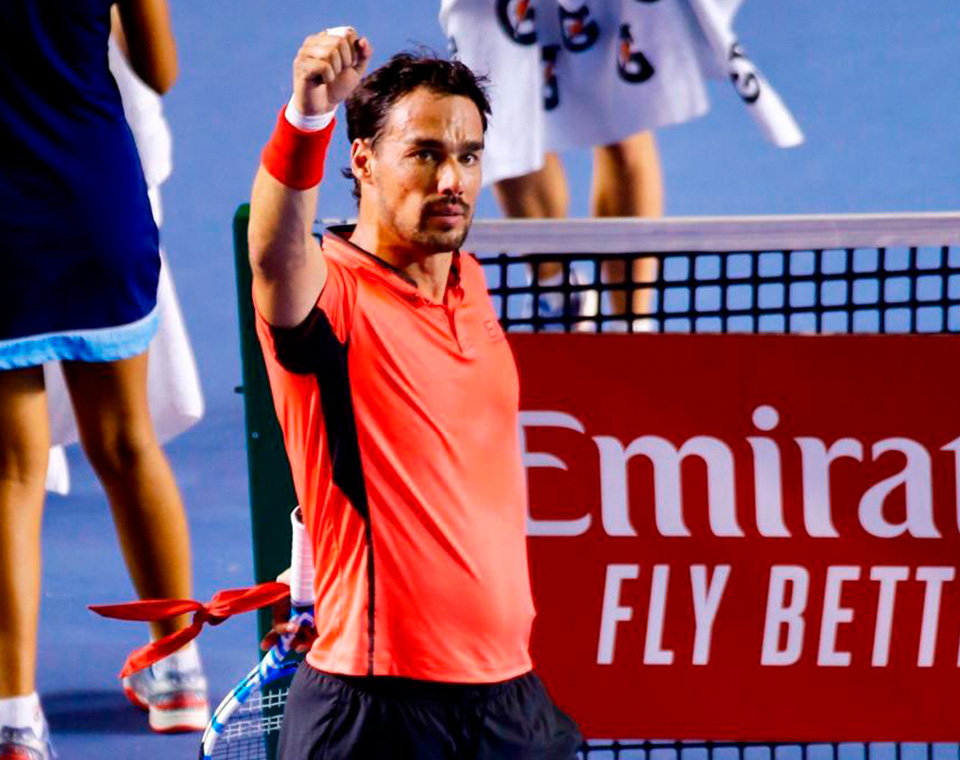 Fognini Completes the First Step in Defending his ATC title

Los Cabos, BCS, July 31, 2019.- Although he struggled a bit in the first set, the Italian Fabio Fognini began his title defense at the Los Cabos Open with a victory. He is now through to the third round after defeating the Spaniard Marcel Granollers in the last match of the day on Pegaso Stadium.

Fognini, the number one seed in the draw and the number nine ranked in the world, lost the first set 4-6 after losing his service game twice. However, in the second set, he showed off his talent to win the match and to set up a quarterfinal clash on Thursday night against the American, Taylor Fritz.

The final score was 4-6, 6-3, 6-4, allowing Fogna to remain undefeated (5-0) in the Baja California tournament; adding to his four straight wins last year.

“It was a very hard match but I am glad to have gotten out of it. It was a lot, especially mentally, that was the most important thing today. I am very tired, but I am happy because it was the first match in very difficult conditions because it was so late. I could not train a lot and he is a player who serves very well – and at the net, he has a very good volley, so I’m very happy.”

His next opponent will be the 21-year-old Californian, Taylor Fritz, who he defeated last year in Chengdu, China. It will be a complicated match because Fritz has been having a great season.

“I don’t care who it is, I have to be worried about recovering, which is the most important thing for me to do today. He is playing his best too, he played the final last week, he won a title on grass, he is a very young player, but I must stay focused on my side, to do my best,” said the 32-year-old Italian looking to win his tenth professional career title in Los Cabos.