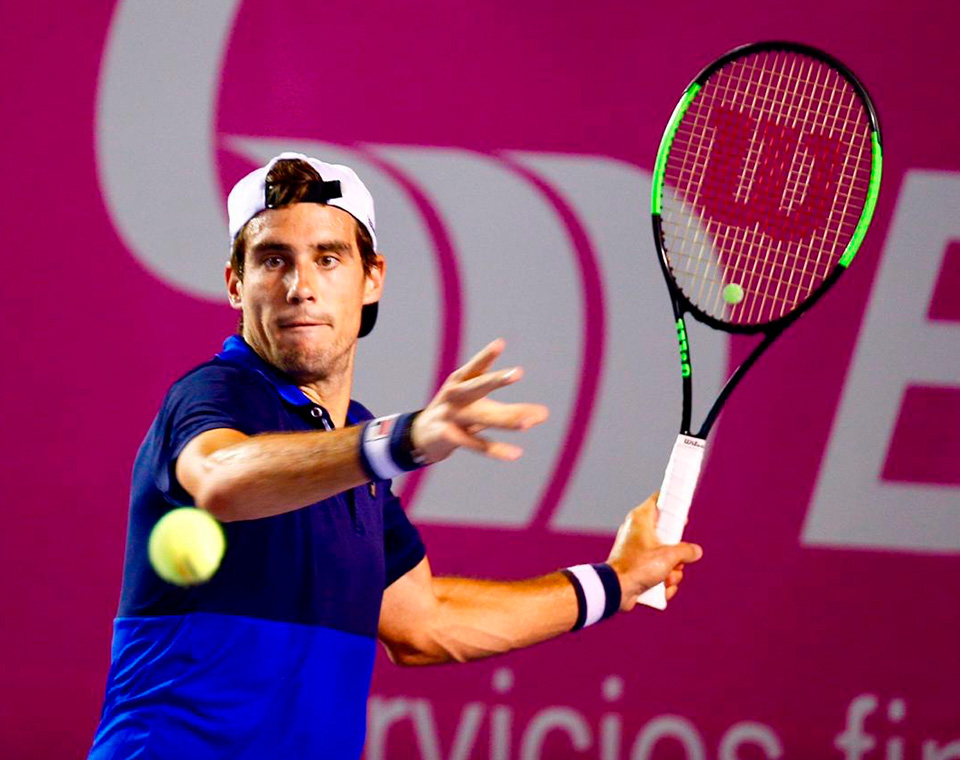 Pella, who is the second seed, needed just over an hour and twelve minutes to beat the Bulgarian 6-4 6-2. The Argentine, No. 24 in the ranking who entered via wildcard took advantage of Dimitrov’s failing serve that included 58% of first serves and seven double faults. Next, he will face the Korean qualifier Seewoon Kwon in the the quarterfinals.

“I felt good today, the first set was not easy, but as I was able to get to know my opponent’s game better, I could play better and enter the match that was played at a very fast pace. I think that I am on track, and I know what it takes to get more and more good results – I have to continue to train and keep winning matches like this one. I’m in a good time, I have a good moral and in tennis, that is very important,” said Pella, who is also in the doubles quarter-finals along his compatriot Diego Schwartzman.

On Wednesday night, one of the biggest upsets was the elimination of the Frenchman Lucas Pouille who fell to the Australian Thanasi Kokkinakis in a three set, two hour match with a score of 2-6, 6-4, 6-3.

The Australian wildcard and 2017 Los Cabos Open finalist, will play in the quarterfinals against Radu Albot of Moldova.

Conclusively, the American Taylor Fritz, fifth seed, had to come from behind to surpass the Indian Prajnesh Gunneswaran. The American, recent finalist in Atlanta last weekend ultimately won the match 4-6 6-3 6-2 in order to advance to the quarter-finals.