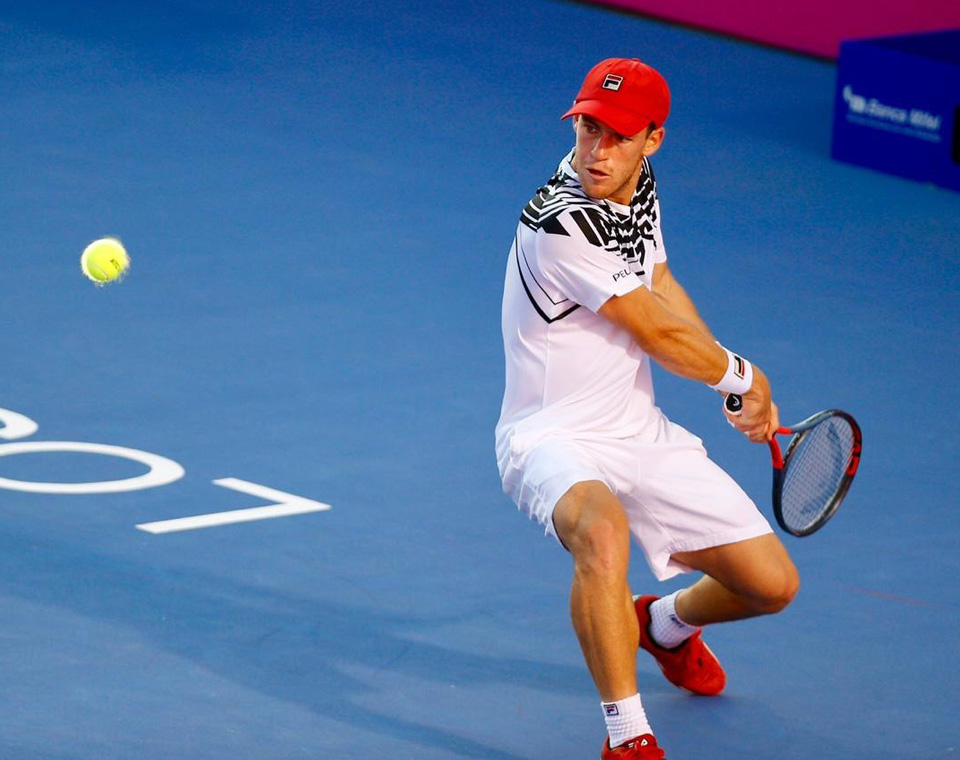 Diego Schwartzman is the first semifinalist in Los Cabos

Los Cabos, BCS, August 1, 2019.- In less than an hour, the third seed, Diego Schwartzman of Argentina, became the first semifinalist of the fourth edition of the Abierto de Tenis Mifel presentado por Cinemex after winning the first match of the day over the eighth seed, Mikhail Kukushkin of Kazakhstan.

Schwartzman, ranked No. 27 in the world, displayed great consistency throughout the match to win 6-1 6-2 in just 57 minutes; he was very effective returning having broken his opponent’s serve five times. Although his first serve percentage was relatively low at 46%, he was able to hit 80% of his second serves in.

“As long as I do not spend too much time on the court, with the heat and the conditions in which are played, I feel very good physically. So I have to rest and be ready for tomorrow. But aside from how short the match was, what surprised me the most was the way I played and the confidence I had today,” said “Peque” after his second victory in Los Cabos.

“Both yesterday and today, my serve was not working great, luckily, the second serve was pretty good. However, to get further, I have to improve because obviously it affects a lot my way of playing and my confidence when I am strong on my first serve,” said Schwartzman.

In other news, the doubles pair Jonathan Erlich of Israel and the Indian Divij Sharan won over the Mexican Hans Hach Verdugo and the American Dennis Novikov, 6-2 6-4, to advance into the semifinals.

Hach Verdugo and Novikov were the team to knock out the defending doubles champions Miguel Reyes-Varela of Mexico and Marcelo Arévalo of El Savador.

“We didn’t have a very good start to the match, the first set is always important, they were attacking, and when players of that level start fast, it is hard to catch up to them – they played incredibly well. We are leaving, but having beaten last year’s champions was a great victory for me, I definitely took that as a positive this week. I feel as though I am improving,” said Hans Hach who announced that he will be heading to America to play the US Open and the tournaments leading up to it.