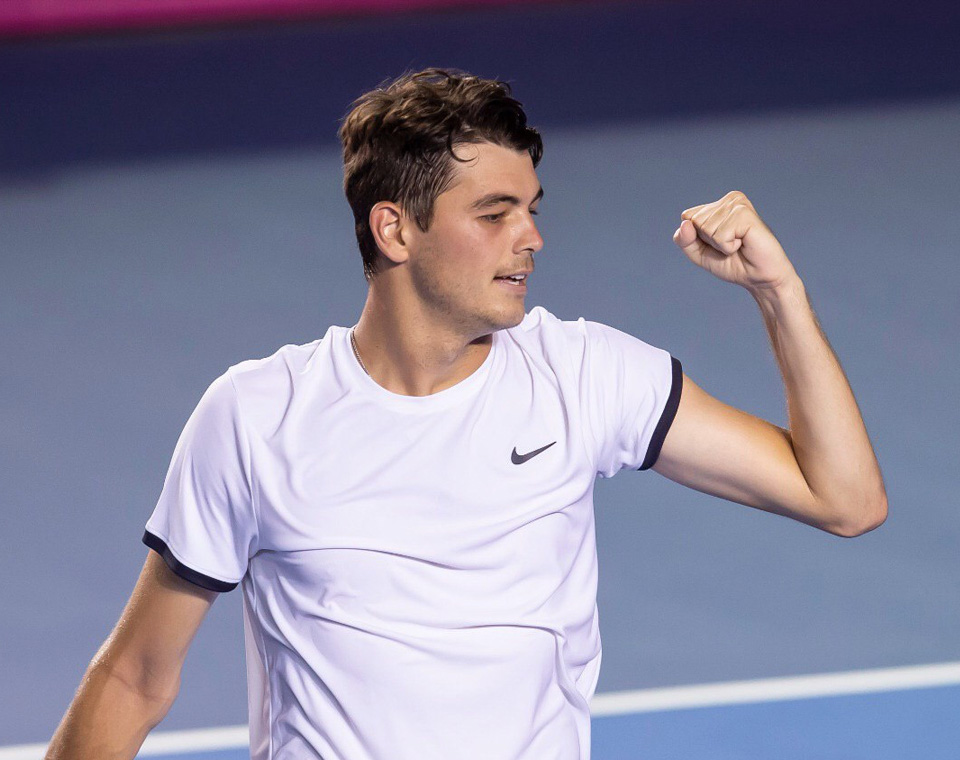 Fritz, the fifth seed, took advantage of the nagging right ankle the Italian struggled with throughout the match; the final score was 6-1, 7-6(1). The 21-year-old American, who was the junior world champion in 2015, broke Fabio’s serve twice during the first set. Following the end of the first set, the Italian requested a physical trainer to tape up his right foot.

The second set was even – no breaks of serve for either party. Fognini significantly improved his first serve standing at 73%, while Fritz hit just 37% of first serves in.

In the third set tiebreak, Taylor Fritz played a close to perfect game winning it 7-1. The Italian, ranked No. 9 in the world was the only top ten player in the tournament, suffered his first lost in Baja California after winning the 2018 tournament.

As for Fritz, this is his fifth tournament of the year where he has managed to reach the semifinals or better; he did it in Atlanta, Eastbourne, Lyon and the Newport Challenger. In the semifinals of Los Cabos, Fritz will play against Radu Albot of Moldova, a player who he has never faced before on the professional circuit.

“I feel really good. Fabio is the number one seed, he is the defending champion, is a top ten player, so this is a big win for me. It was a very tough quarterfinal to play, so I am happy to get through,” said the California native.

“I feel that I am playing my best tennis. I feel like I have found a level of consistency that even when I am not playing my best days, my level is still pretty high. The clay season was solid, my first title in Eastbourne, the finals in Atlanta, I feel very confident, so yes, I am definitely playing well,” Fritz, the No. 28 ranked player in the world concluded.

In the final doubles match of the day, the Argentines Guido Pella and Diego Schwartzman were eliminated by Romain Arneodo and Hugo Nys of Monaco 6-2, 0-6, 6-10 in the super tiebreak.