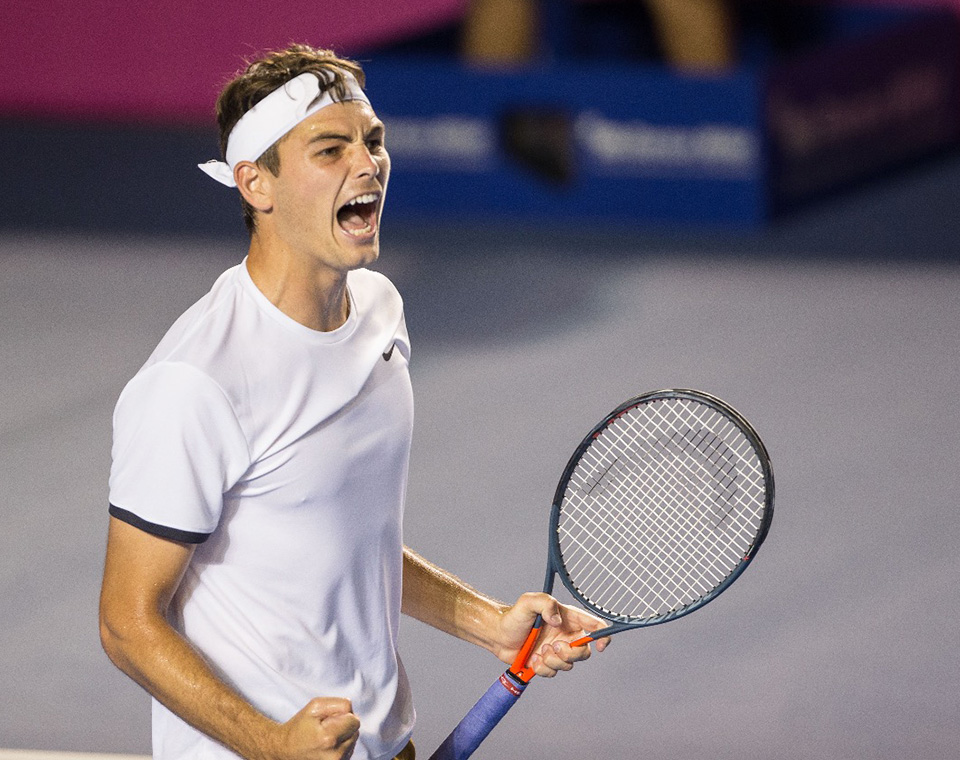 Los Cabos, BCS, August 2, 2019.- For the second consecutive week, Taylor Fritz is in an ATP tour final. The 21-year-old American won the second semifinal at the Abierto de Tenis Mifel presentado por Cinemex, with a flawless victory over Radu Albot of Moldova, ranked No. 41 in the world.

In just over an hour and ten minutes, Fritz won the match with a score of 6-3 6-2 and is into his fourth final of the year; he won the Challenger in Newport Beach, the ATP 250 in Eastbourne and lost in the final of Atlanta to Alex de Minaur.

“The confidence of reaching my first final this year and winning that title, showed me that this is my level. I have been working incredibly hard and simply trying my best, to be the best that I can be – I think this has showed a lot in my results.”

In regards to the hot climate in Los Cabos, Fritz acknowledges that it has not been much of an issue for him, “It is definitely hotter here than at home [in California]. During the day it is so hot, fortunately, we are not playing during the day. I love playing night matches, it has been comfortable every match that I have played, so the heat has not affected me at all.”

The showdown against Diego Schwartzman will be the first singles final Fritz will play at the Los Cabos Open after three attempts. In 2017, he lost in the quarterfinals to Thanasi Kokkinakis and in 2018 he was eliminated in the second round by the Japanese Yoshihito Nishioka.