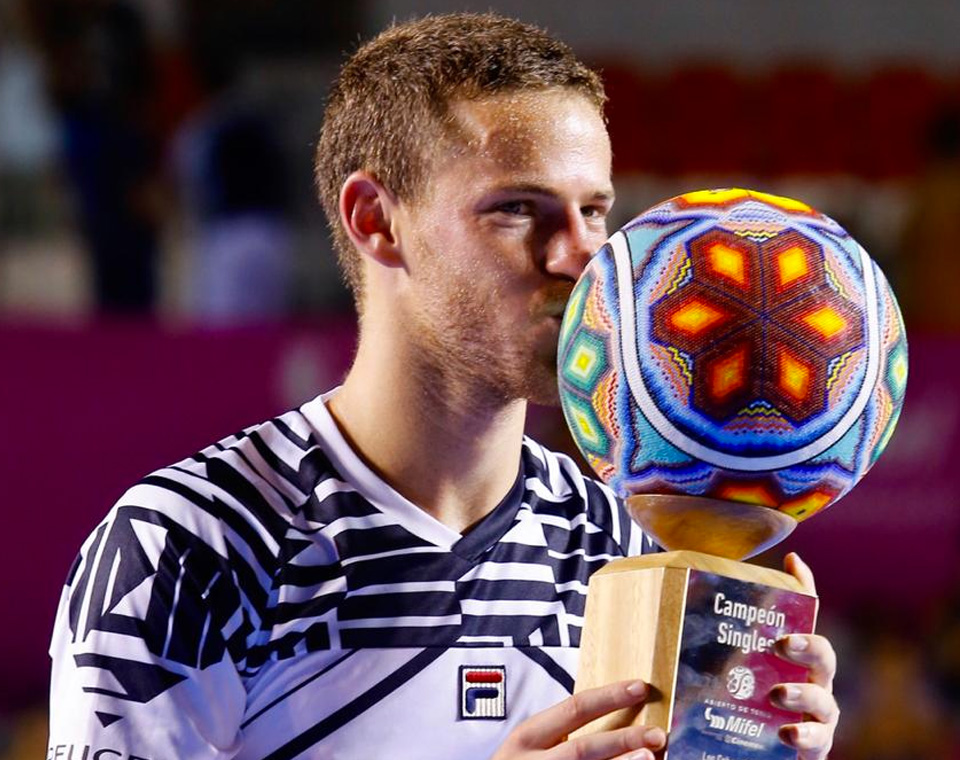 Diego Schwartzman is the new King of Los Cabos

The Argentine had a nervous start to the match quickly going down 2-4; however, with his heart full of passion, he managed to turn the score around winning the first set tiebreak 8-6.

In the second set, the match was defined when Fritz was down 1-2 15-40, add out, and he received his second code violation for breaking his racket, ultimately, losing the game to give Schwartman a significant 3-1 lead.

The final score was 7-6(8) 6-3, in one hour and forty-two minutes allowing “Peque” to become the first Latin American Champion of the Los Cabos Open in its four editions. The Buenos Aires native who won the love and appreciation of the fans in the stands, did not disappoint to win his first title of the year. Additionally, he was able to get his revenge on Fritz who recently defeated him in the Masters 1000 in Monte Carlo.

“It is spectacular to win the title. There are many important tournaments to follow, this was the last 250 that I will play this year, the last one that is on my calendar – as of now. There are only 500 or Masters 1000 and a Grand Slam. So it was very important for me to achieve this title, to have the necessary confidence to know that I am doing things well on the court. Also, that I am physically well because to advance to the next tournaments, I will have to beat the best in the world. A title helps all that.”

On the other hand, the 21-year-old American suffered his second consecutive defeat in a final after losing last week in Atlanta to the Australian Alex de Minaur.

“This final and last week’s final definitely helped my ranking but you know, winning this tournament would have helped move my ranking even more forward so I am really disappointed. I made mistakes that I would not typically make and then I tried to fight back and I just was not playing well. Again, I am really disappointed in the way that I played – I had chances in the first set and I did not take them and I did not come up with anything in the big moments, that is something that I am usually really good at. I am really good under pressure and I just handled it really poorly today,” stated Fritz who concluded his press conference assuring the press that “I want to come back next year. I love this tournament so much.”

As for Schwartzman, who is about to turn 27-years-old, will take home the champions check of $131, 430 in prize money and 250 ATP points that will go towards his ranking.