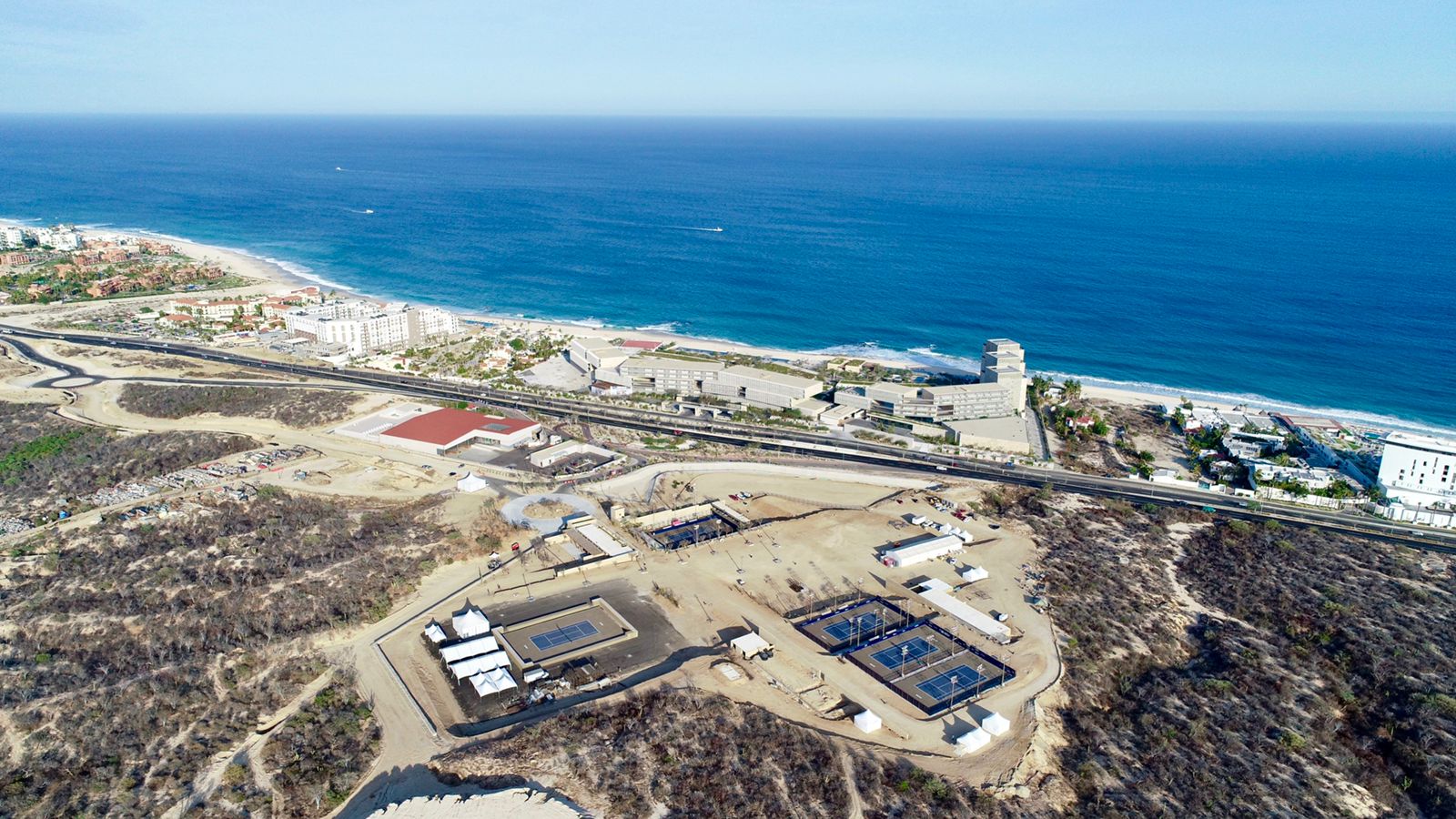 The American team arrives to the Abierto de Tenis Mifel 2021

With nine players in the main draw of the Abierto de Tenis Mifel 2021, which starts on Monday, the United States rackets will be represented and ready to land on the courts of the Cabo Sports Complex (CSC), which opens its doors to action.

With the veteran John Isner (No.33), winner of 15 professional tournaments, the American team seeks to regain prominence on the world tour.

Querrey deserves a special mention, who, in 2017, won the ATP 500 trophy in Acapulco and the ATP 250 of Los Cabos, being the only player who has achieved both Mexican trophies.

We’ll also enjoy the match between Ernesto Escobedo and Alex Rybakov, who will compete this Sunday for one of the four tickets that the tournament grants for the Main Draw.

This multiple attendance shows the interest that the American players have in the Abierto de Tenis Mifel, whose venue is listed as one of the most important tourist destinations in Mexico.

With these nine players distributed in the Main Draw, it is highly possible that in the more advanced rounds there will be confrontations between compatriots.

It’s a draw dominated by the Americans. The British Cameron Norrie, the first pre-classified, will seek to work his way to his first title of the season after reaching three finals this year (Queen’s, Lyon and Estoril).

The British, 32 in the world and a professional player since 2017, comes from being eliminated by Swiss Roger Federer in the third round of Wimbledon.

Along with Norrie as first seeded, there will be Isner (2), Fritz (3) and Querrey (4), players that are candidates to win the famous “Huichol” Trophy, the prize of this ATP 250 category tournament held in Los Cabos.

The Croatian Ivo Karlovic, who won the tournament in 2016 and owns a Wild Card for this edition, chose the Abierto de Tenis Mifel as one of his last stops in his professional career before his retirement which is projected after the US Open 2021. Another invitation is for Thanasi Kokkinakis (AUS), who will face Denis Kudla (USA) on his debut. The Australian was a finalist in the singles in 2017 and in doubles in 2018.

For the Latin American tennis, the players present are the Ecuadorian Emilio Gomez, who will face a player from the Qualy, and the Mexican Gerardo Lopez, who will play the First Round against the American Steve Johnson.

The tournament seeks its fifth champion after Karlovic (2016) and Querrey (2017), in addition to the Italian Fabio Fognini (2018) and Argentine Diego Schwartzman (2019). The 2020 edition was not celebrated due to the health emergency.