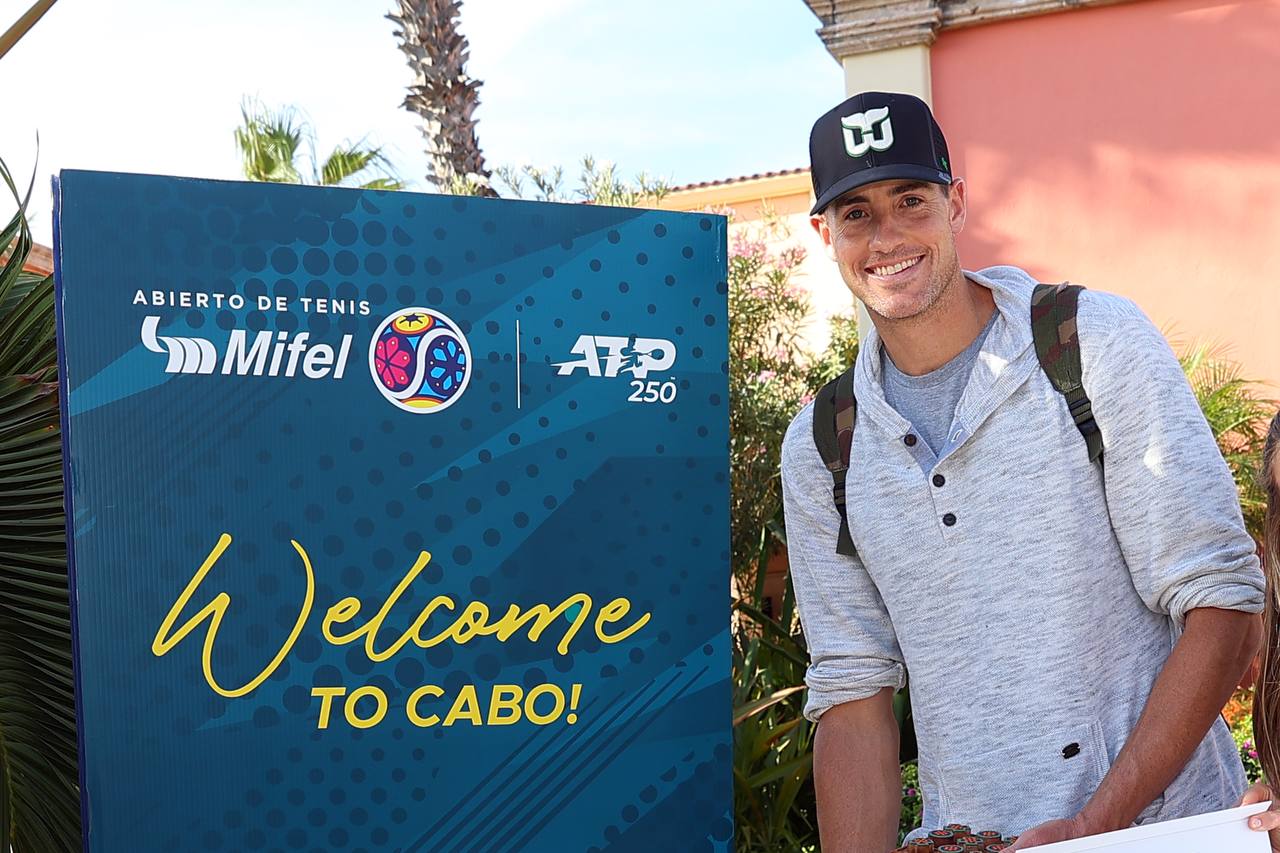 Isner, pleased to be in Los Cabos for the first time

It has been proven that playing in Los Cabos leaves a mark on the players. As part of the fifth edition of the Abierto de Tenis Mifel, John Isner is enjoying his first experience at the event after several years in which his schedule denied him the possibility of participating in the Mexican ATP 250.

“I’m excited to be here, it’s my first year playing this tournament. In past years, my schedule and the tournament just didn’t fit, I was in a tournament in Rhode Island in the United States, which is pretty far from here, but some compatriots have told me how amazing the tournament is”, he said.

The American, number 39 in the world, hopes to have a good week in Los Cabos, as this stop marks the beginning of his summer tour in which he will resume activity on the circuit more constantly while waiting for the US Open.

“I know I can win this tournament, but I also know that it may not be that possible. I haven’t played much since the tour was canceled last year, it wasn’t because of any injury or anything, I just haven’t played much. I really enjoy this part of the year, I like playing on the hard court, I also like playing in North America and I’m here doing it again. I’m going to play a lot this summer and I hope it goes well”.

Isner’s plans always includes visiting Mexico, he is a constant participant in the Abierto Mexicano de Tenis, in Acapulco, so having that destination as a reference, he was also surprised by the great tourist site that is Los Cabos.

“The weather is very similar, it’s hot. I think the closest thing is how beautiful each place is and that’s a reflection of Mexico in general, there are so many amazing places to visit and enjoy, that’s why is such a popular place here, just like Acapulco. People are too friendly and give you a warm welcome, it’s definitely a great tournament”, he said.

In addition to the known tourist destination that is Los Cabos, the owner of 15 ATP titles highlighted the new venue of the Abierto de Tenis Mifel at Cabo Sports Complex (CSC).

“I really like the courts, I think the tournament’s new home is amazing, it’s beautiful and spectacular. I only wish I could have fans this year, but that’s not the case, with that it would be a perfect tournament, but even without an audience the tournament will be spectacular. It really is a special place”.

The American explained why he declined to participate in the Olympic Games in Tokyo, highlighting the desire to spend more time with his family.

“I already have the experience of competing previously in Olympic Games (London 2012), it was something absolutely incredible, but at this point in my career it was not on my list of priorities because right now I need to be close to my family and travel with them, like right now they’re here with me, so I’m happy to be in Los Cabos”, he concluded. John Isner will debut at the Abierto de Tenis Mifel 2021 next Wednesday against Evgeny Donskoy (RUS).