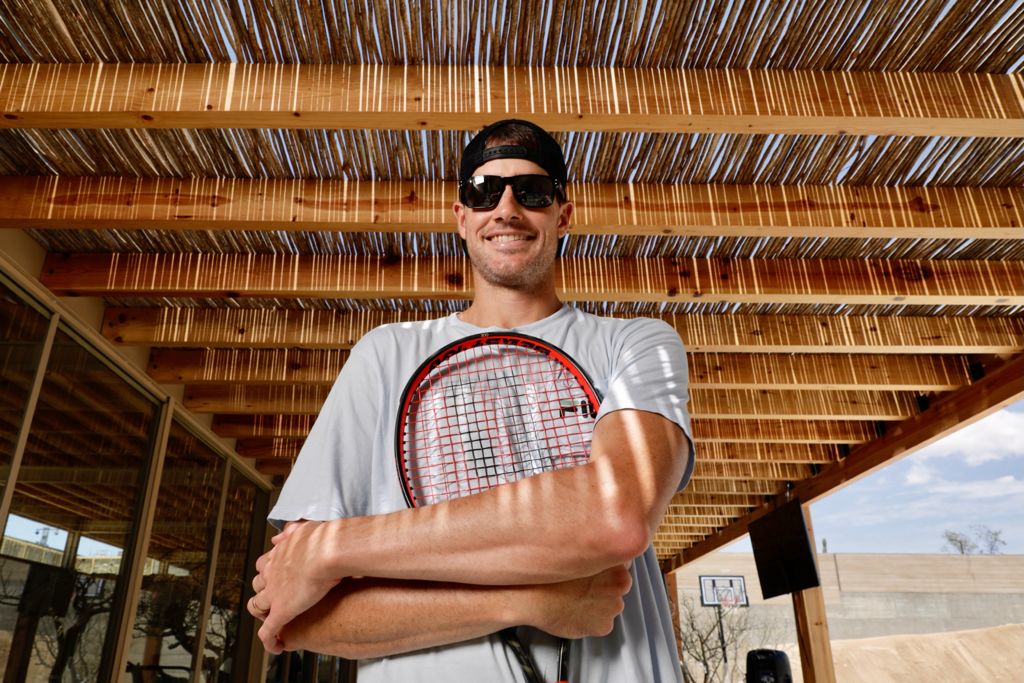 Many elite athletes understand that their talent, fame and money carry a lot of responsibility. One of them is John Isner, who is known as one of the best American tennis players of today, he’s in a position that makes him shine in the circuit of the Association of Professional Tennis Players (ATP) and, above all, in society.

The American is one of the strongest players on this fifth edition of the Abierto de Tenis Mifel, so prior to his debut in the tournament, that will be held from July 19th to the 24th in Los Cabos, we remember some of his many collaborations with social causes through the Isner Family Foundation, which, on several occasions, has focused mainly on sectors such as health, the environment and veterinary, among others.

The current number 34 in the world, through his foundation, provides financial support to hospitals in the Dallas-Fort Worth area to ensure that many people receive treatment for cancer, a disease that his mother, Karen Isner, had. She was treated and she defeated cancer two different times at the Lineberger Comprehensive Cancer Center in North Carolina, an institution that later on paid to the Isners.

Also, on a health-related note, Isner collaborates with the Team Luke Hope for Minds Foundation that helps children with brain problems. In May 2020, with the purpose of raising funds, he offered the possibility for all people who donated 30 dollars and shared it on their social networks, would enter a draw to play tennis with him.

Isner’s humanitarian work goes beyond the borders of his country, for example, during the Australian Open 2020 he donated 25 percent of the money he won in the tournament to support the areas affected by the forest fires that devastated the oceanic country.

Other good causes are, since Isner is a great animal lover, especially dogs, that he partnered with Nulo Pet Food, a pet food brand in which he provides shelter, food and health to canines through the campaign ‘Aces for animals’. The American has had several pets such as his dogs Magill, Boomer, Lucy and Miss B.

OWNER OF A GREAT SERVE AND A VERY SPECIAL RECORD

John Isner is considered one of the best and most powerful servers of the entire ATP tour, thanks to his great height (2.08 meters) and good technique, he usually gets aces that help him bring the games to his favor.

In addition, Isner was the protagonist of the longest tennis match in history, which happened in the first round of Wimbledon against the Frenchman Nicolas Mahut, a match that lasted 11 hours, 5 minutes and 23 seconds. That match took over three days between June 22 and 24 in 2010 since there was a couple of interruptions due to lack of natural light and bad weather, but in the end the score favored the American 6-4, 3-6, 6-7 (7), 7-6 (3), 70-68. Isner will debut at the Abierto de Tenis Mifel being the owner of 15 ATP titles, highlighting his triumph on the Miami Masters 1000 in 2018, same year in which also he reached the number 8 of the world ranking in July.