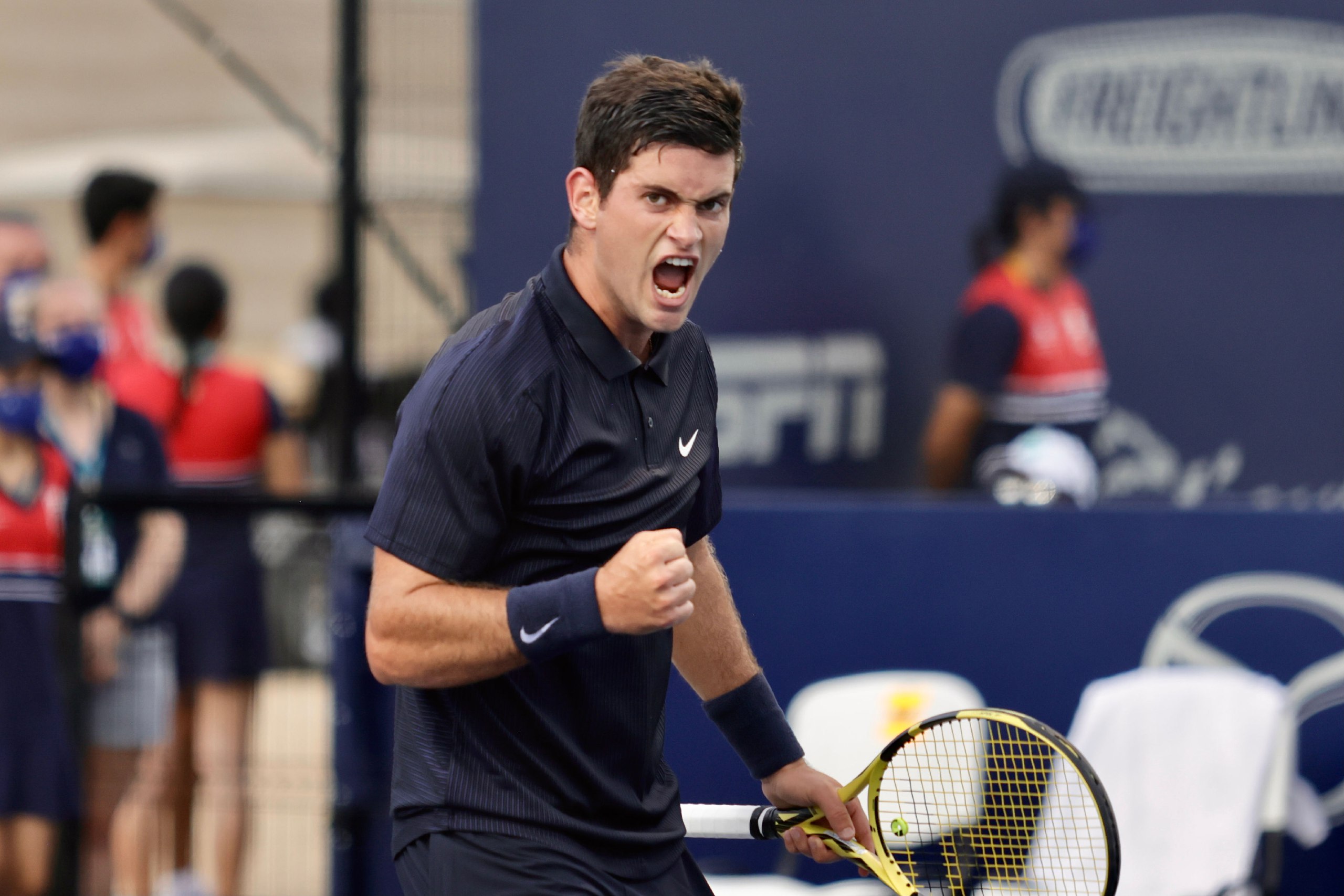 Just after his second victory at the qualification round at Abierto de Tenis Mifel 2021 in Los Cabos, which got him his Main Draw pass, the Colombian Nicólas Mejía raised his gaze to the sky to dedicate that to his father, who passed away in April 2017.

“I immediately thought of my dad, my coach Juan Mateus and how happy my family, my mom, my sister and my brother should be and everyone who has helped me throughout my career,” said Mejia.

For the 21-year-old, his achievement in Los Cabos turned out to be a sort of graduation in his professional career in a week that will surely be unforgettable.

The Colombian debuted in the Qualy of the ATP 250 in Los Cabos and then got his ticket to the Main Draw. The matches that he won Saturday and Sunday brought him his first qualification in his career to an ATP tournament, a goal he celebrated, but so cautiously.

“It will be my first ATP tournament in my career, also, it was the first time I played for a Main Draw qualification. Now, with two games in my pocket and a good rhythm of play, I have a lot of faith in the main draw,” he added.

Already as one of the 28 players in the main draw, Mejía accepted that “he is nervous” but recalled that his coach reminds him to “believe in myself a lot” as well as his psychologist Martha Cobo.

“They have insisted that I have to believe a lot in myself and I think that’s going to be the key because the reality is that at this level everyone plays the same but being calm with one’s mind is the most important part, also self-confidence, both are keys,” he said. In addition, he said that this achievement “is the beginning of something important. I made a commitment with myself and my dad up there, and I know he must be happy right now, seeing how I’m doing”.