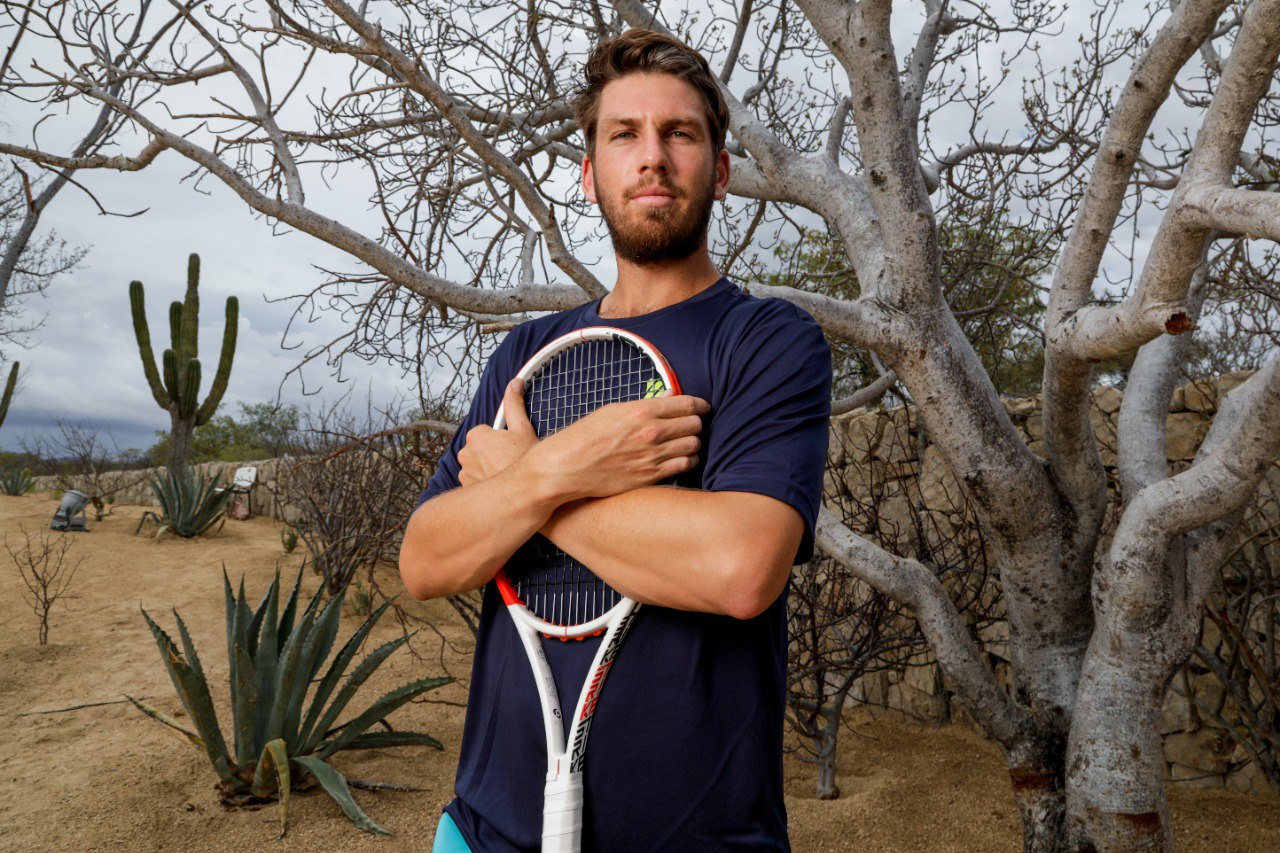 “If I was not a tennis player, I would work in real estate”, a statement about the British tennis player Cameron Norrie in the ATP, first pre-classified in the Abierto de Tenis Mifel 2021, which is played this week in Los Cabos

If he would’ve chosen differently, Norrie would be in an office buying, renting and selling real estate, but fortunately he preferred to play tennis. It is known that, after five years as a professional, this 2021 has been his best year.

Right now, Norrie added to his career three finals, one in the Queen’s tournament on grass, and two more on clay, in Lyon and Estoril. Now he arrives at Los Cabos, which is played on hard court, where he will seek to win the first title in his career.

The 25-year-old British has stood out in recent months; one can witness this since, in this season, he has accumulated 45 games, of which he had 31 wins. This helped him reach the 30th place in the ranking of the ATP this week.

And although in this current season his victories stand out, his last five defeats have a special stamp.

At the ATP 500 in Barcelona, he lost to the Spanish Rafael Nadal, who also eliminated him in the third round in Roland Garros. Two adverse results that gave Norrie experience, since Nadal was his idol as a child.

In Estoril, he lost the final against the Spaniard Albert Ramos-Viñolas and in Queens he lost against the Italian Mateo Berrettini, finalist in Wimbledon. Precisely in the Tennis Cathedral, Cameron was defeated by the Swiss Roger Federer, that is, three defeats against two out of the three players with 20 Grand Slam titles. That great moment brought him to the Abierto de Tenis Mifel 2021 as first seed, followed by the Americans John Isner (2), Taylor Fritz (3) and Sam Querrey (4), favorites that will fight for the title