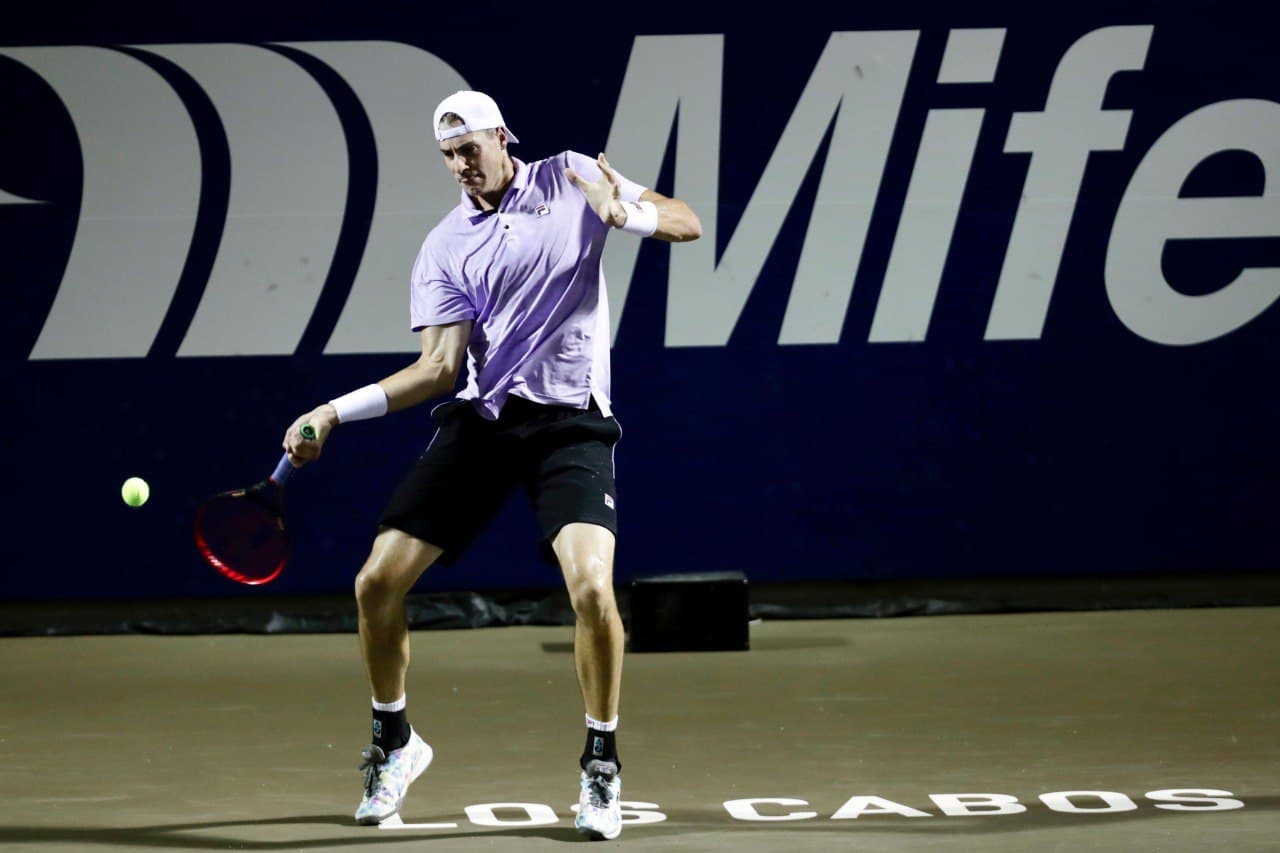 In tennis, one cannot take anything for granted until you win the last point. John Isner made his debut at the Abierto de Tenis Mifel 2021, and even though he won the first match he played in Los Cabos, he finished with a tight score of 7-5, 3-6, 7-6 (5) when he defeated Evgeny Donskoy at Cabo Sports Complex (CSC).

The American arrived to the Mexican ATP 250 with great expectations from a rival who, by his ranking (157) and his tennis career, didn’t need to have a complicated match, but in the Grandstand Caliente.mx that was not the case as the Russian made sure that the second seed of the tournament played to his limit.

At the beginning, Isner closed the first set 7-5, but Donskoy defended his game and managed to win the second half 6-3 after breaking in the sixth game in order to get the match in even sets.

The last set was very even, not many winners so the match went to a close tie breaker, in which Isner took advantage of his great serve in order to win 7-6 (5). In total, the number 39 of the ATP ranking got 25 aces in this round that lasted just over two hours.

John Isner’s is headed to the Quarterfinals of the Abierto de Tenis Miguel 2021 in Los Cabos and will play against the Australian Alex Bolt, in an never before seen match on the tour.