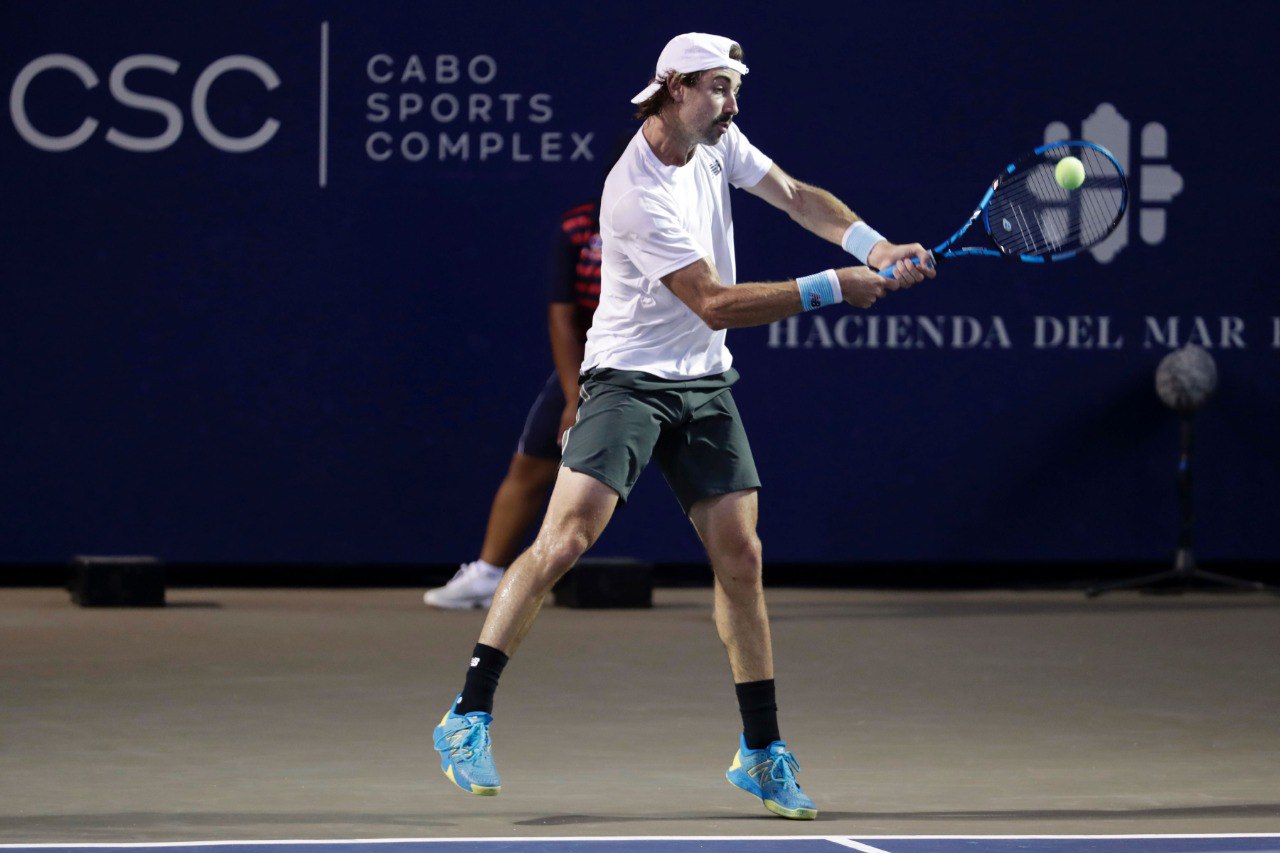 Very few players find the formula to counterattack Ivo Karlovic’s powerful serve, but that was no obstacle for Jordan Thompson, as the Australian defeated the first champion of the Abierto de Tenis Mifel by 6-4, 7-5 in 1 hour and a half.

The Grandstand Caliente.mx had an entertaining match that offered two different styles. In one hand, Thompson, as fifth seed, showed mobility and good background play, while the 2.11-meter Croatian player tried to take control with his serve and volley game.

In the first set, with the score 4-4, the Australian managed to convert the only break opportunity he had in order to serve and close the set, he took advantage when Karlovic missed a backhand slice that hit the net.

The second set was played from start to finish, and even though it looked like Jordan Thompson would be comfortably heading for victory by breaking in the first game, the Croatian recovered immediately and got to 1-1. From here, the set went until 5-5, then the Australian went ahead with a winner cross court shot while Karlovic rushed into the net, then served and won the match with a serve that was reviewed in the challenge system.

In this match, held in Cabo Sports Complex (CBS), there were some factors in Thompson’s favor, even when Karlovic got 11 aces, Thompson managed to accomplish 75 percent of his break opportunities, that is, three out of four options.

Australia’s Jordan Thompson will face Austria’s Sebastian Ofner in the second round of this ATP 250 in Los Cabos. Despite the defeat, Ivo Karlovic will always have the honorable label of the Abierto de Tenis Mifel’s first champion (in 2016).

“The court was not fast, there were not many high ball-bounces that I liked, I had my opportunities when the game started, then I was able to recover from the break in the beginning of the second set, but by then I did not have many opportunities,” explained Ivo Karlovic, to later highlight that “it’s nice to be here in Los Cabos, one can feel the great atmosphere”.

Ernesto Escobedo was not finished when he passed the Qualy in Los Cabos, since his sporting aspirations were backed up by good tennis during his debut in the main draw.

The American started the second day at the Grandstand Caliente.mx with a victory after he defeated his compatriot Mackenzie McDonald (8) 6-3, 6-4 in 1 hour 20 minutes. Escobedo already had to defeat Ricardo Rodríguez-Pace (VEN) and Alex Rybakov (USA), as well as McDonald to get to the second round of the Abierto de Tenis Mifel 2021, where he will face another North American player: Denis Kudla.