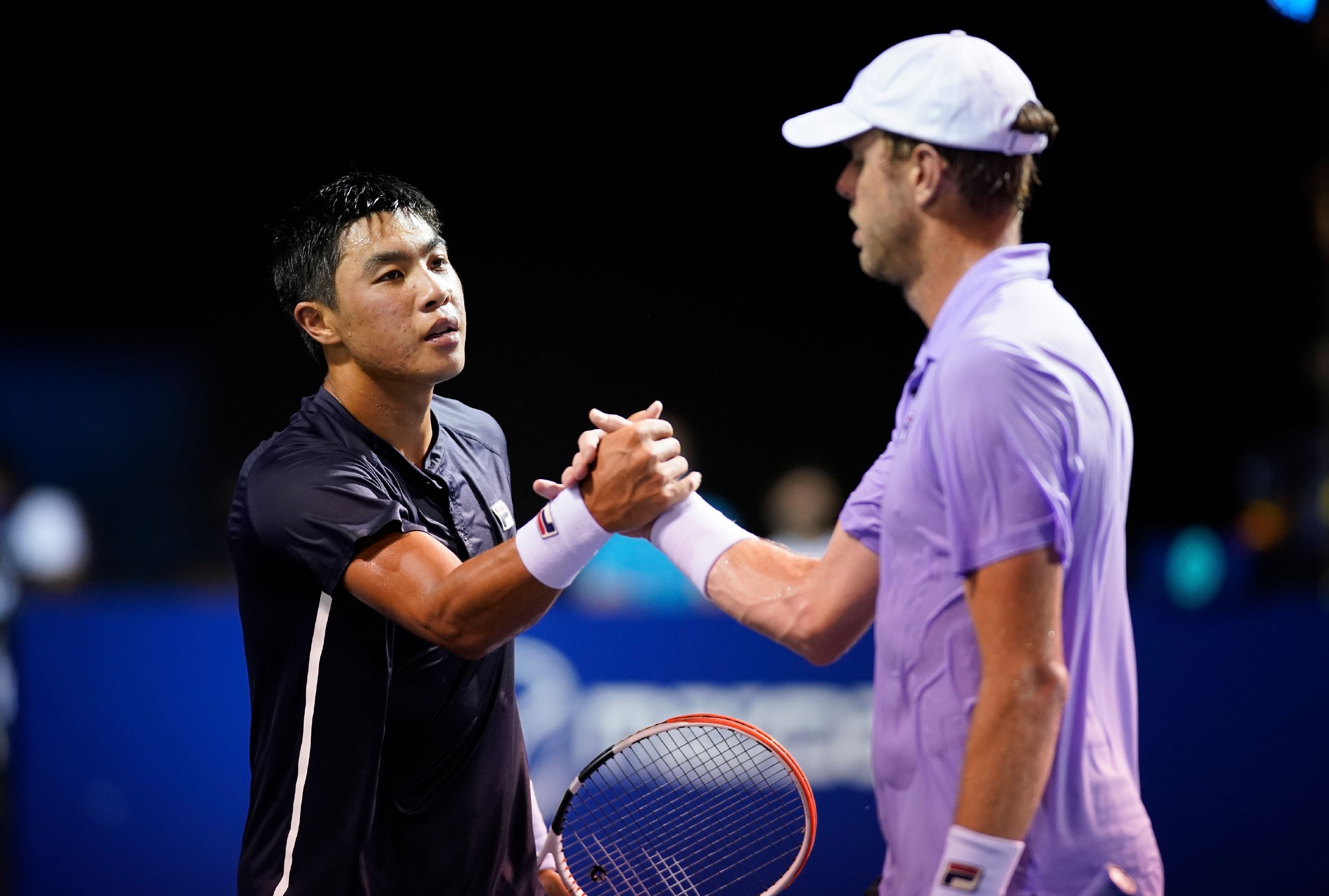 Nakashima defeats Querrey and advances to the Quarterfinals

The American Brandon Nakashima surprised everyone in the Abierto de Tenis Mifel 2021 after defeating his compatriot Sam Querrey, fourth pre-classified, in two sets in order to get to the Quarterfinals.

Nakashima, 19 years old, said that playing against a rival such as Querrey reminded him of the great moments he is living and what he’s done in order to increase his ranking after winning 6-3, 6-4 in 71 minutes of game.

Querrey, who spent almost his entire career in the top 100 in the world, congratulated his rival after the match.

“I don’t know if Brandon is in the Top 100, but I know he will be there soon and I hope he stays there for a while, I am sure he will continue to improve and that very soon he will win one of these tournaments,” Querrey said in a conference.

“(Nakashima) is very good and plays quite well. America has many young players right now, hopefully they will continue to push each other to improve,” he added. In the first set, with 3-2 in his favour, Nakashima broke in the sixth game and gained a 4-2 lead, which was a hard game for Querrey, who defended his serve but failed to defeat his opponent, ending the match 6-3 in just 30 minutes.

Nakashima’s consistent and active gameplay was difficult for the experienced 33-year-old Querrey to keep up.

Querrey never felt comfortable on the court. In the second half, Nakashima broke Querrey’s serve in the third game, defended his serve and got to 3-1, with this, he took control of the set which he won 6-4. In the quarterfinals, Nakashima will play against the Australian Jordan Thompson, seeking to get more points which will bring him closer to the finals of the Next Generation, ranking in which he is currently number 11.