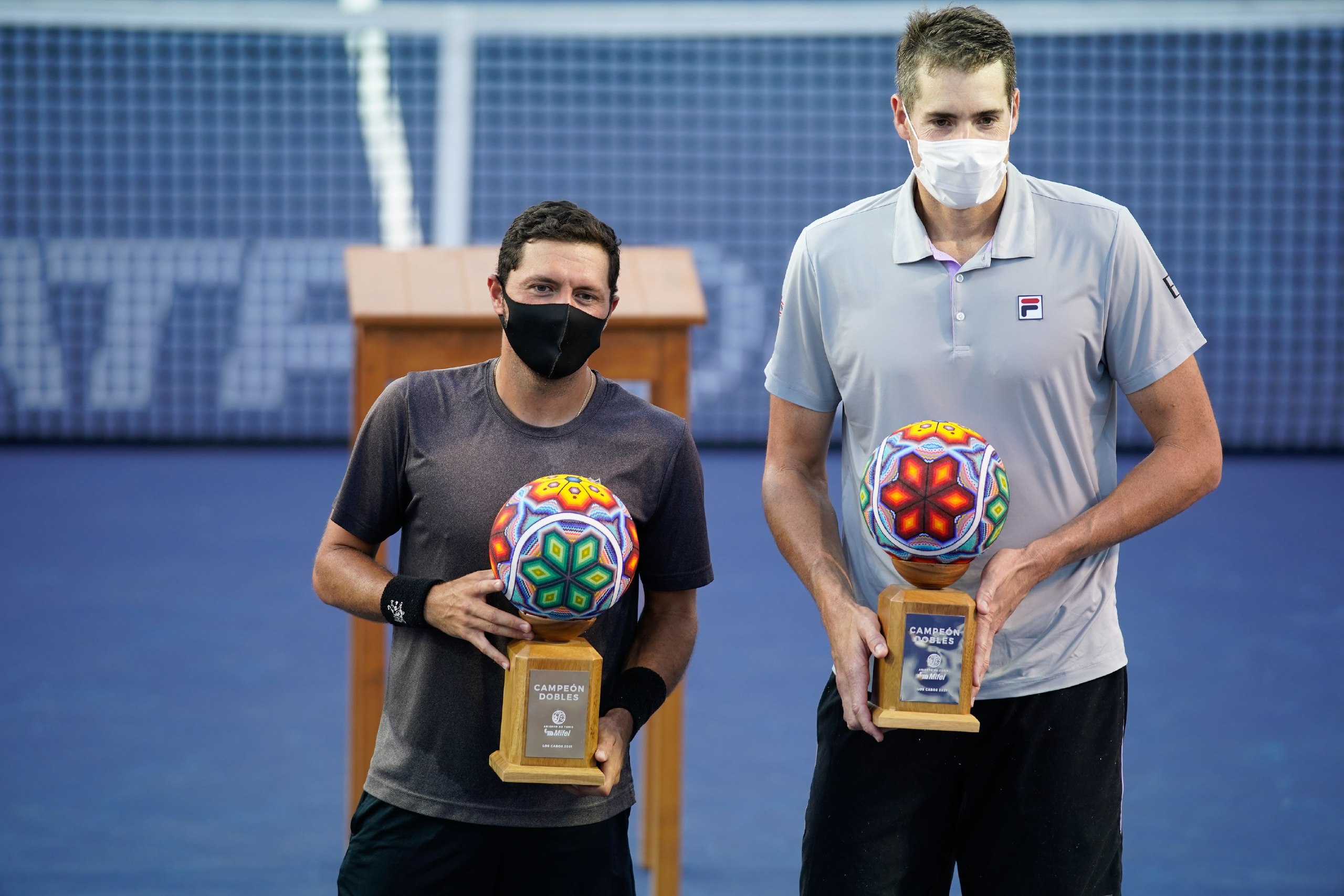 The Mexican Hans Hach-Verdugo and the American John Isner defeated the American Hunter Reese and the Nerlandish Sem Verbeek 5-7, 6-2, 10/4 and won the doubles title of the Abierto de Tenis Mifel 2021 that took place this week in Los Cabos.

With this victory, Hach-Verdugo is now the second Mexican that has won the doubles tournament after Miguel Ángel Reyes Varela’s victory, who, together with Salvadoran Marcelo Arévalo, won the title back in 2018.

During the first match of the day in the sixth and final day of the tournament, which took place at the Cabo Sport Complex, Isner and Hach-Verdugo were very solid and firm when closing points in the super tiebreaker which, in the end, they won.

“I will not be able to sleep tonight from all this happiness with my first title, I am very excited that in the end, all the hours and training days has finally given me something back,” said Hach-Verdugo after the match.

Isner considered that “the partnership worked quite well because we are very good friends”.

The American said that they both get along well on the court, and during the week “neither of us pushed the other and I think our game complements each other very well. My serve is very good and Hans has fantastic returns, today he was the best player on the court”.

For Isner, 36 years old, this was his sixth doubles title in his career, while for the Mexican Hach-Verdugo, 31 years old, this is his first as a professional.. “The dream of Mexican fan is to see a Mexican in the final and win it, and Hans did it tonight,” said the Tournament Director, José Antonio Fernández, during the award ceremony.