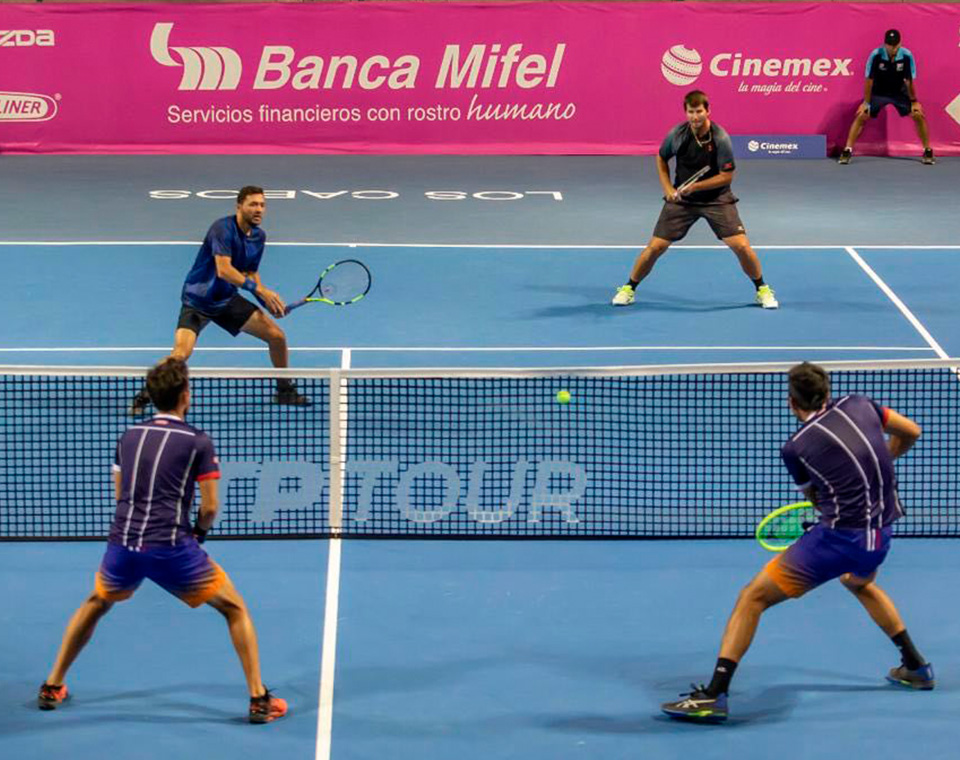 Los Cabos, BCS, July 30, 2019.- The biggest surprise of the Abierto de Tenis Mifel presentado por Cinemex was the elimination of the defending doubles champion, the Mexican Miguel Angel Reyes-Varela  and Marcelo Arévalo of El Savador who lost to the American Dennis Novikov and the Mexican Hans Hach Verdugo.

On Grandstand Caliente, Verdugo and Novikov dominated the match 7-5 6-3 despite the fact that the fans in the audience favored the Mexican/Savadorian duo.

“I think we played very well, with an incredibly high level. Unfortunately today, we could not get the win – they played better than us during the important points, so we must give the credit to our opponents,” said Marcelo Arévalo.

“Every time you enter a tournament, you know there is a chance that you are going to lose, 15 of the 16 teams will have a losing week – obviously, we all have the dream to win, but we trust that the year that consists of 52 weeks, we play between 30 and 40 tournaments. We just have to turn the page and onto the next one,” Reyes-Varela added.

On the other hand, Hans Hach Verdugo and Dennis Novikov will now face the Indian Divij Sharan and the Israeli Jonathan Erlich in the second round (they defeated the Australian John Patrick-Smith and the Japanese Ben Mclachlan 7-5 6-1 in the first round).

The Mexican Hans Hach, regretted having to defeat Reyes-Varela and Marcelo Arévalo because they are good friends of his. “It is hard to compete against good friends, but I think we played better today, and we achieved a great victory. I know that it is not easy to defend an ATP title, I knew that hte first rounds were going to be complicated for them, especially coming as the defending champions. That is why I entered this match relaxed and let the pressure stay on the other side,” concluded the Sinaloa native.