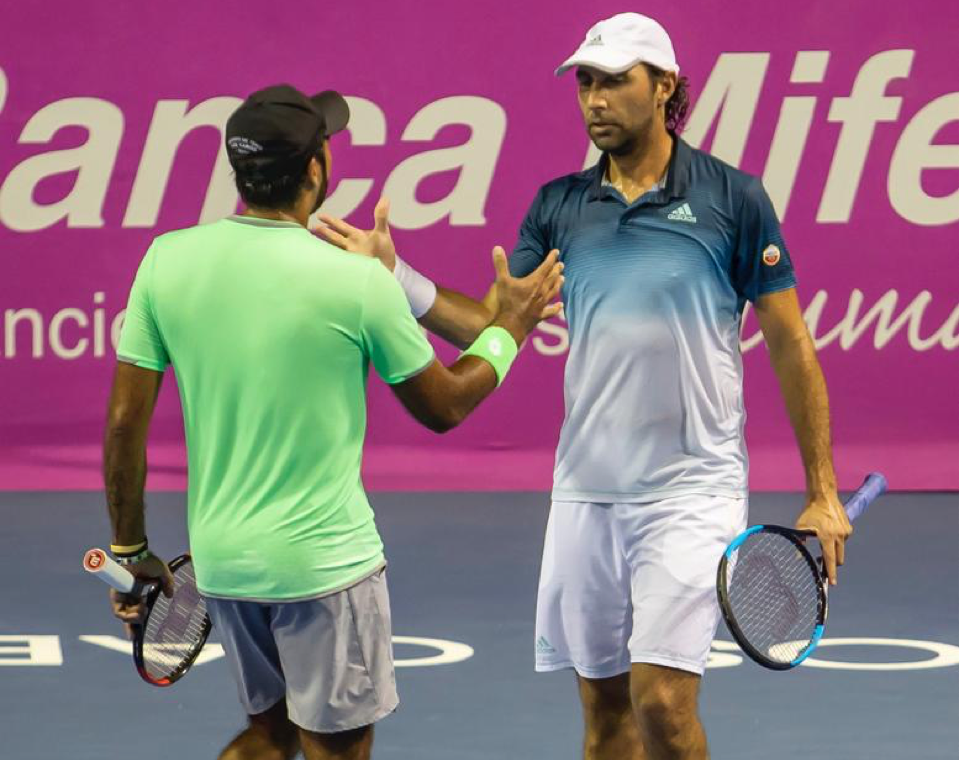 González and Qureshi into the Doubles Semifinals

Los Cabos, B.C.S., July 31st 2019.- The Mexican Santiago González and the Pakistani Aisam-Ul-Haw Qureshi, had a great day at the Abierto de Tenis Mifel presentado por Cinemex after winning their round of 16 doubles match against Radu Albot of Moldova and Artem Sitak of New Zealand.

The third seeds, González and Qureshi, played a perfect match winning with a scoreline of 6-1 6-1 in a meeting that lasted just 43 minutes. Additionally, they advanced directly into the semifinals after their next opponents, Frenchmen Gregoire Barrere and Lucas Pouille withdrew due to a back injury to the latter experienced in his singles match against Thanasi Kokkinakis.

“I am very happy to play well and to feel very good on the court. I have never done well here; today we were superior from the beginning. They were not playing their best, but we were a combination of both and that is why we won,” said the Verazcruz native, who just learned that he and his partner are through to the semi-finals due to a withdrawal.

“They just gave me good news, with the withdrawal of Lucas Pouille, he gives us one more day. Not to rest, but to train and make a few adjustments for the semifinals. Hopefully we will be able to get our ticket into the final. There are still two Mexicans, Hans and I, we are on opposite sides of the draw, I hope we can face each other in this dream final.”

In other doubles news, the British Dominic Inglot and the American Austin Krajicek surpassed the Mexicans Lucas Gomez and Luis Paiño in straight sets; the final score was 6-3, 7-5.

Additionally, Romain Arneodo and Hugo Nys of Monaco, managed to advance to the next round after winning a thrilling match over the Australians Max Purcell and Luke Saville, 6-7(18), 6-4, 10-8, to advance to the quarterfinals.

The last doubles match of the day was the Kazakh Mikhail Kukuskin and the Brazilian Fernando Romboli who beat the Uruguayan Ariel Behar and the American Nathaniel Lammons 7-6(3), 7-5.