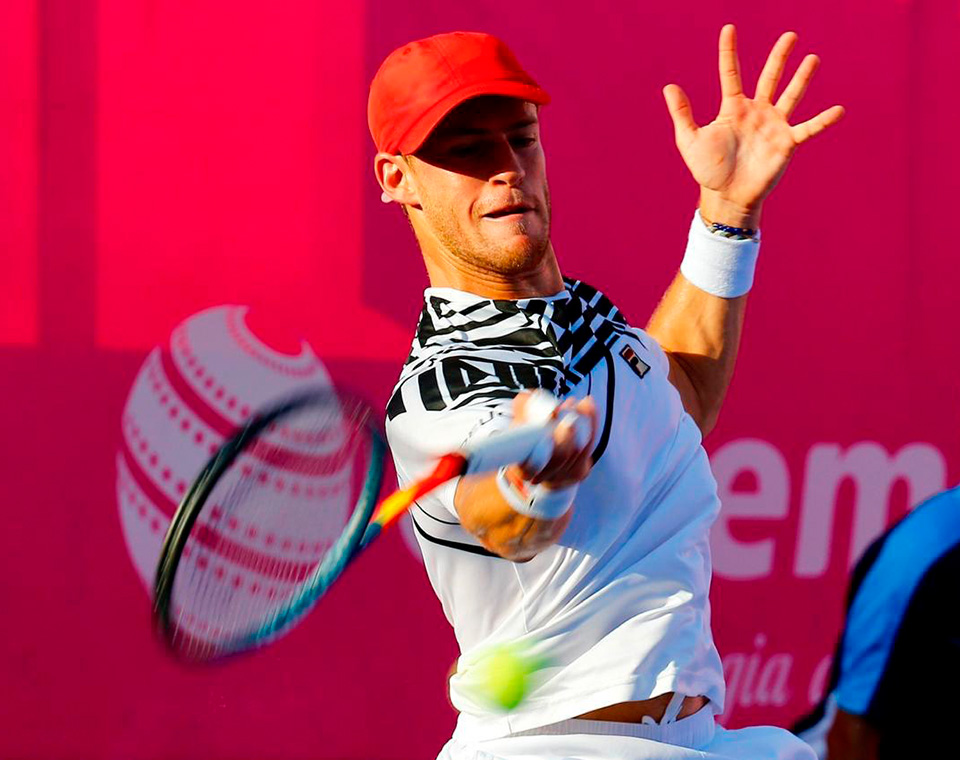 “Peque” was in charge of the second set – he broke Gulbis’ serve three times; Gulbis served a total of nine double faults.

The fans in the stands were favoring the Argentine player, who has become a favorite among the tour due to his high level of play and his charisma

“Every first match that I play at  a tournament, in the first games, in the first minutes, it is easy for us, you adapt to the competition in a new place. However, it took me a while to find my rhythm today.”

In the quarter-finals, Schwartzman will face the Kazakh Mikhail Kukuskin, eighth seed, with whom he has already faced twice in his career; their head-to-head is tied at one a piece – this includes a Davis Cup match won by team Kazakhstan,

But not everything was good for the country of Argentina today as Juan Ignacio Londero could not continue his winning streak in Mexico after losing to the Korean qualifier Soonwoo Kwon 6-4 3-6 6-3.

Londero, a recent finalist two weeks ago in Bastad, Sweden, offered a strong fight but in the end, the two service games that he lost in the third set cost him the match. This was his first defeat on Mexican soil in his last ten matches.

Another result to highlight is Radu Albot, the seventh seed Moldovan player who had no problems to defeat the Japanese Taro Daniel 6-1 and 6-2. Albot, No. 41 ATP and the 2019 Delray Beach tournament champion was far more superior in the match against the Japanese tennis player who is ranked No. 118.