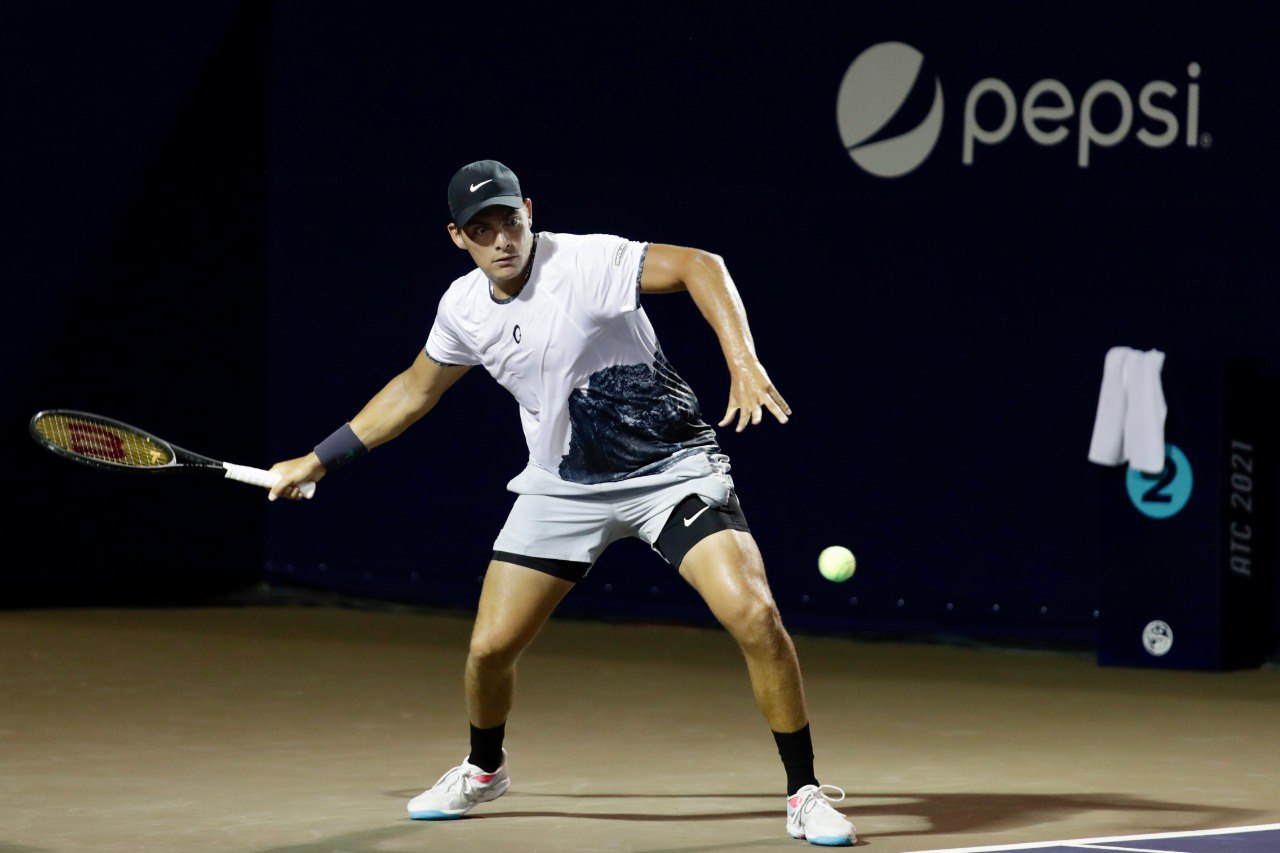 Gerardo Lopez is defeated by Steve Johnson in Los Cabos

The Mexican Gerardo Lopez did not have a great match at the Abierto de Tenis Mifel 2021, since he was eliminated in the first round by Steve Johnson, a match in which the American won 7-6 (4), 6-2 in 1 hour 41 minutes.

During the second round in the Grandstand Caliente.mx, located in Cabo Sports Complex (CBS), both players offered a disputed first set in which the two players broke each other’s serve once through a strong battle with long rallies in the background, in which the sixth seed of the tournament took advantage with his drive, while the Mexican became strong with his cross court back hand.

The initial set went to a tiebreak, in which Johnson got a mini break when Lopez left a slice in the net with 3/3 on the scoreboard, to eventually close 7-6 (4).

Although the Mexican player was playing an intense match, Steve Johnson dominated the second set more comfortably, especially making use of his great serves achieving numerous aces, he managed to break his rival twice to get 5-2, serve and close the match 6-2 with an unforced error from the Mexican.

Gerardo Lopez, who was the only Mexican player in the Main Draw that received a Wild Card from this ATP 250, said goodbye. Meanwhile, Steve Johnson sealed his move to the Second Round, where he will face the winner between Alexander Sarkissian (USA) and Yasutaka Uchiyama (JPN).

ASKED FOR TRUST IN MEXICAN TENNIS

Although Gerardo Lopez was eliminated from the Abierto de Tenis Mifel 2021, and the other Mexicans like Luis Patiño, Óscar Manuel Sanchez, Juan Hernandez and Luis Patiño did not pass the Qualy, the best Mexican racket today, Lopez, considered that what was seen in various courts, the performance was positive and very hopeful for the future.

“Since I became a professional, this is the first time I see that most Mexicans play a good role in a tournament, but we just missed winning, the level is there, one can compete. Personally, I am already achieving it in Davis Cup, now I need to do it in these tournaments, but I ask the Mexican public to have patience, we are working, we are on the right path and there is progress,” Lopez said.

The Mexican analyzed his match against Steve Johnson.

“I already knew him, but he also knows me, and he has really good serves even though I am a player who returns very well, that’s where I feel that the game changed a lot. Regarding the weather, I trained in Texas because I know that in these events, I can make a difference in my ranking and my career, it’s a shame that I missed the first set,” he said

Gerardo Lopez also informed that in the coming weeks he will play some ITF tournaments in Mexico.

MEXICANS DEFEATED IN DOUBLES CATEGORY The duo formed by Mexican Miguel Ángel Reyes-Varela and the Finnish Harri Heliovaara lost their match at the Abierto de Tenis Mifel 2021 against the Australians Matthew Ebden and John-Patrick Smith 6-3, 6-7, 10-6 in the third round, Court 2.