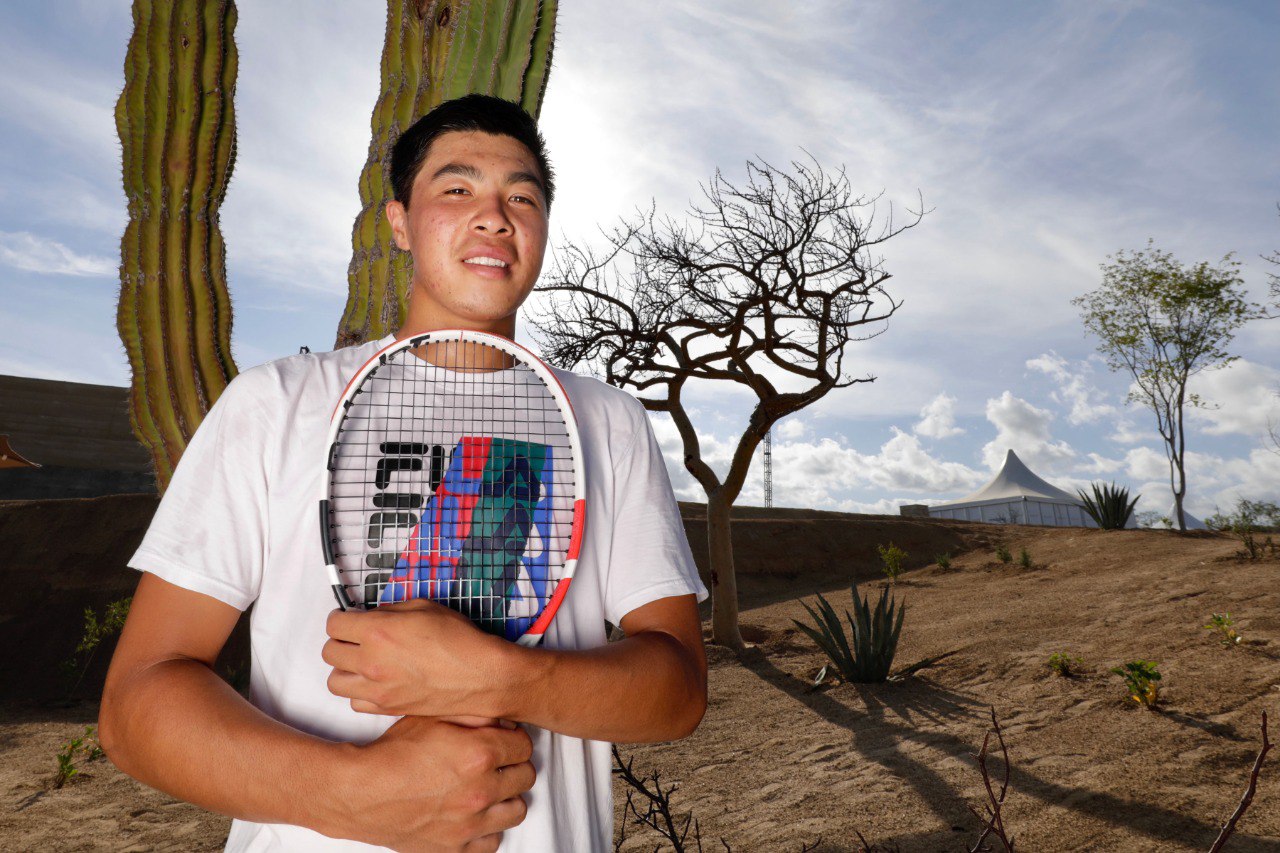 The amazing Nakashima stands out in Los Cabos

With only 19 years of age, the American Brandon Nakashima has a chance that only a few players have achieved at that age: to compete in the ATP tournament’s Final. For this young player, it will be the first time as a professional and he will play it at the Abierto de Tenis Mifel 2021.

Nakashima, current 134 in the world, will seek a way to win the title against the British Cameron Norrie, who is the first pre-classified in the tournament in Cabo Sports Complex (CSC).

The American’s week has been a dream and will try to close it with a happy ending raising the colorful “Pelota Huichol”, the trophy which is an authentic work of art in the ATP 250 of Los Cabos.

Nakashima forged his relationship with Mextenis, the tournament’s organizers at the Abierto Mexicano de Tenis in Acapulco, where he was eliminated by his compatriot Frances Tiafoe in the first round. However, fate had a good future waiting for him in the main draw of Los Cabos.

“Thank you for believing in Brandon when no one else believed in him, not even events in America. He will be grateful to you for many years,” this was the message that Nakashima’s team sent to the organizers of the Abierto de Tenis Mifel 2021 after getting his pass to the Final.

Getting to this final is a remarkable achievement for Nakashima’s career, as prior to this week, he had never won a Main Draw match at an ATP level.

In order to get to the final, Nakashima defeated his compatriots J. J. Wolf and Sam Querrey in the first and second rounds. Querrey himself, champion in Los Cabos in 2017, commented after his match that the Next Gen young promise has the potential to stay in the Top 100 of the world’s ranking for a long time.

Later in the quarterfinal round, Nakashima defeated the Australian Jordan Thompson, and, in the semifinal, he defeated the American John Isner, second-placed, giving the biggest surprise of the event.

Tonight’s Final will be one of the first big challenges on Nakashima’s career in professional tennis besides looking for his first ATP title, he is fighting for a spot on the ATP Next Gen Finals (11th in the race). Brandon Nakashima and Cameron Norrie will play in the Final of Abierto de Tenis Mifel 2021 no later than 8:00 pm in the second round of the Grandstand Caliente.mx.